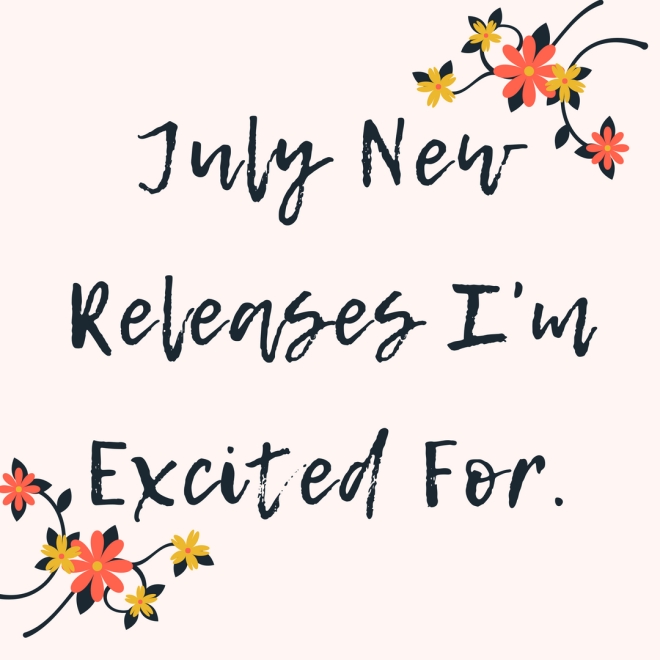 Hello fellow book lovers! I know we’re already halfway through July(um, wait what??!) but I just wanted to create a quick list of some books I’m excited for that are set to be released later this month!

First book that I am excited for is Grace and Fury by Tracy Banghart. I just pre-ordered it the other day and I can’t wait till it gets here! This book looks soooo good and I keep seeing it pop up on my bookstagram! The author has an awesome pre-order incentive going on right now as well! Pre-order before the release date ( July 31st) and you’ll be sent an enamel pin, a postcard with hand-lettered quote, book map poster, and a signed bookplate! But hurry, quantites are limited! Click here for more details!

The next two books I’m looking forward to are both written by Jane Washington! First, Strength ( which is the 4th book in The Curse of the Gods series and is co-written by the awesome Jaymin Eve) which is set to be released on July 20th. I loved this series! If you’ve never heard of it before check it out, all the books have high ratings, and for good reasons! Willa, the main character, is frikkin hilarious I love her. I’ve been not-so-patiently awaiting this release since inhaling the first 3 books and yay, it’s finally almost here! Jane’s next novel, I Am Grey is set to be released July 31st(so far only available to purchase as an e-book) and is a standalone and I want to read it soley because I love Jane (I mean that in the non-creepiest of ways).

Thirdly, any fans of Charlie Holmberg rejoice! Her new novel, Veins of Gold, is releasing July 17th (2 days away wooh!) I loved the Paper Magician series and this sounds like it’s going to be another great read! Historical fantasy and magic, oh my!

and Fifthly (are these even words??), Heart of Thorns! I have been seeing this one pop up on the good old bookstagram as well and if the cover doesn’t make you want it then the description will. Another July 31st release date, so far yet so close. *sigh*

What are some books you’re excited for?

Let me know in the comments I love hearing about new books!

Hope you’re having a great Sunday!